The Soft Rock Show features the broadcasting talents of Geoff Dorsett & Adrian Collis. There’s also a team behind the scenes who make the website happen, keep the Facebook and Twitter accounts up-to-date and undertake audio editing to make the interview snippets you hear on the show. Meet them here… 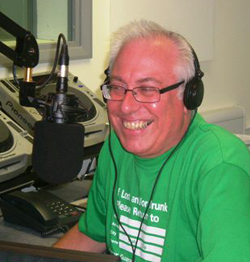 Geoff started his career at the age of 13 and within five years was one of the Mecca Group’s top DJs, being used as their opening act for their new venue’s nationwide. During the ’60s when package tours were at the height of their popularity, Geoff could be found compering shows with The Animals, The Kinks, Spencer Davis Group, Roy Orbison and Chuck Berry, and was the MC for the second-ever Led Zeppelin show.

Come the late ’60s, Geoff was on the radio with the BBC and in 1974 became one of Radio Hallam’s first voices when the station launched, being the new commercial station for Sheffield. In the ’70s Geoff also worked on Q102 in Florida and KZUN in Dallas. In the ’80s you’d have heard him on the legendary pirate radio station, Sunshine Radio.

Geoff now presents a number of specialist radio shows (see the ‘Geoff’s Other Shows’ page) and can currently be heard on a number of stations in the UK, with special mention of his work with Express FM who carry the twice-award-winning Soft Rock Show. This live show has reached a cult status and Geoff has interviewed over nine hundred artists over the last five years, including Sir Cliff Richard, Genesis, Status Quo, Blondie, The Searchers, Slade, Toto, Rick Astley, Foreigner and Jethro Tull… and that’s just the start of the list! The show continues to draw huge names to be interviewed both live on the telephone and in the studio.

Geoff has also worked at Forest FM for many years, a community station in Dorset (UK), presenting a Soul and R&B show on Saturday in addition to ‘All Our Yesterplays’ each weekday morning. He has also completed the ‘Route To Radio’ broadcasting course, with credits. He also records three unique shows – ‘Solid Gold ’60s’, ‘Supersonic ’70s’ and ‘A Kick Up the ’80s’… all three of which are currently syndicated to nearly 100 radio stations in 23 countries across the world.  In 2013 and 2014 Geoff received the prestigious GEO Award in Chicago for ‘Outstanding Contributing Programme’ for his ‘Solid Gold ‘60s’ show. 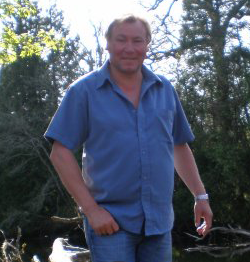 Adrian is well-travelled and has had a variety of careers! He began in the IT world working with major shipping, retail, and manufacturing companies and travelling the globe. He dropped out of the rat race to run pubs and restaurants after that, combining his love of great food with his passion for music.

He now runs Thoroughbred Music – an artist agency, management and promotion company, founded to further the careers of the incredible talent that Adrian found were offering to play in his venues. The company offers a ‘one-stop shop’ approach for artists – as well as management, agency, and promotional functions, Adrian can facilitate  recording, public relations, CD/DVD production and design, duplication, record label, along with physical and digital distribution deals.  Adrian’s company can offer all of their artists for live performance for venues or promoters. 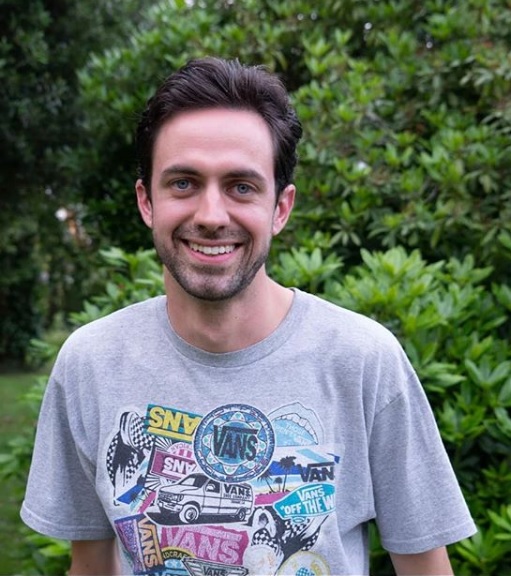 Chris first met Geoff when he joined Forest FM as their youngest ever presenter at the age of 15. He started out as presenter of ‘The Youth Zone’ followed by the ‘Sunday Breakfast Show’ for 8 years, and now hosts an oldies show on Sunday afternoons as well as a Mixcloud exclusive, ‘Chris & Marlies’ Mad House’, both recorded in his fully-equipped home studio. Chris joined the Soft Rock Show team in 2015 and for the first couple of years solely edited the interviews, but a substantial promotion in March 2017 saw him rise to his current role of head of editing and updating/maintaining the website, as well as providing administration and technical support when required.

You are permitted to stream these interviews from the website, or download them for your own personal use (ie: to listen later, or place on your MP3 player).  You must not use these interviews on your radio station, broadcast, edit or otherwise make available elsewhere without our prior consent.